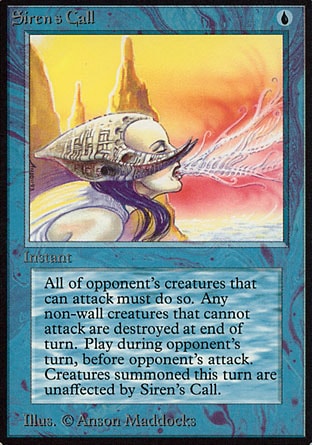 Cast Sirens Call only during an opponents turn, before attackers are declared. Creatures the active player controls attack this turn if able. At the beginning of the next end step, destroy all non-Wall creatures that player controls that didnt attack this turn. Ignore this effect for each creature the player didnt control continuously since the beginning of the turn.